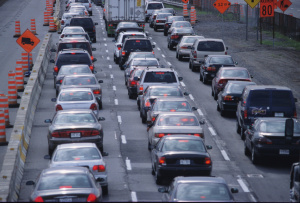 A recent report from Towers Watson shows that the world is making steady progress toward usage-based insurance (UBI). That steady growth is poised to become explosive if insurers can move faster and deal with privacy concerns while delivering UBI via smartphone apps that consume little of the battery’s charge. The report says market penetration has nearly doubled in less than a year and a half — reaching 8.5% of U.S. drivers in July, up from 4.5% in February 2013. UBI has reached a milestone, with all 50 states now having programs available. – Read more here.

20 Seconds Can Save You Hundreds!

Fresh Miles is an innovative patent pending system ( United States Patent Pending 14/836887) from Salt Creek Analytics, a data and analytics company focused on making it easy for customers to save money and for businesses to innovate. We simplify the complex and empower customers with mobile smartphone capabilities and augment that with competitive intelligence on products and services. We also work with vendors, agents, and companies which are customer oriented to make it easy for customers to attain savings and to comply with data verification processes. Verified mileage from your odometer can be used for each vehicle in your household to both comply with usage based insurance programs and to qualify for valuable insights and offers for your car and in your communities.